Home/Blog, tech recap/Human-Centered A.I: Why do we need it?
Previous Next 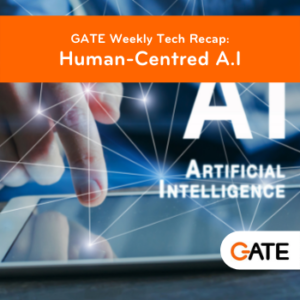 Human-centered AI, aims to reduce fears of existential threats and increase benefits for users and society by putting humans at the center of AI efforts.

Our tech recap for this week unpacks human-centered AI, Meta currency, and ‘Googlers’ return to the office in style.

We will also look at New York City Reigning as Top Tech Hub.

Why We Need Human-Centered A.I

An expert believes we can create AI systems that can have both high levels of automation and human control.

There are two contrasting but equally disturbing images of artificial intelligence.

One warns about a future in which artificial intelligence becomes smarter than humanity and creates mass unemployment.

The latest image is about AI entrusted with sensitive decisions, causing severe harm when they do go wrong.

What both visions have in common is the absence of human control.

It also aims to increase benefits for users by putting humans at the center of AI efforts.

Meta is reportedly exploring the idea of introducing “Zuck Bucks,”.

The ideas is a virtual currency that the company’s customers can use across its apps.

As reported by the Financial Times, tech giant Meta is reportedly looking into introducing a central in-app currency system which will be shared across its various platforms, such as Facebook, Instagram, and WhatsApp.

It seems that the waning popularity of Facebook may be making Meta worried about the future of its finances, prompting it to search for ways to both diversify beyond ad revenue and better engage users.

The days of working from home will soon come to an end for Google employees in the Bay Area and several other US locations but the company hopes to entice them to return to the office with a brand new perk.

Beginning this month, the search giant will officially move to a hybrid work model where employees will be expected to be in the office at least three days every week.

As part of its efforts to get employees back to the office, Google has partnered with the electric scooter maker Unagi to launch a new program called “Ride Scoot” according to a report from The Verge.

Two years ago, some experts predicted the pandemic would end New York City as a tech hub.

Within a year, it was clear those forecasts were wrong.

The city surpassed even Silicon Valley when it came to demand for technologists.

Check out the chart here.