For this week’s tech recap, we look at: Facebook, Advanced tech for mammograms, the Future of Data engineering, more tech job opportunities. 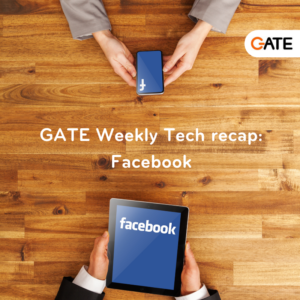 Facebook has found itself making headlines this week, and unfortunately, it wasn’t all good news. The digital world was brought to a near standstill when Facebook was down for six hours, and we are all curious to find out what happened.

As we’ve mentioned above, Facebook experienced a six-hour outage this week and therefore blamed a “faulty configuration change”.

This outage prevented its 3.5 billion users from accessing its social media and messaging services such as WhatsApp, Instagram and Messenger.

The company did not specify who executed the configuration change and whether it was planned.

Several Facebook employees who declined to be named had said that they believed that the outage was caused by an internal mistake in how Internet traffic is routed to its systems.

For more on this interesting story, read here.

On other Facebook news, it was claimed this past week that Facebook is prioritizing revenue over the well-being of its users.

Now, Facebook CEO Mark Zuckerberg would like you to know that it’s all completely untrue, and he’s using the oldest argument in the book.

In a lengthy post published late Tuesday, Zuckerberg addressed the hearing and the subsequent media coverage, which he thinks “misrepresents” Facebook’s work and motives.

“At the heart of these accusations is this idea that we prioritize profit over safety and well-being. That’s not true,” he wrote.

As a Facebook user, do you believe that Facebook is prioritizing your well-being? Do you feel “safe” as a user?

As the world commemorates Breast Cancer Awareness Month, we should also recognize the positive effects the tech industry could have in helping with effectively detecting any signs of breast cancer.

Today, all the advancements in technology can make getting a mammogram easy, and it doesn’t have to take very long.

How long does it take? Read more here.

Data Engineering: Where is it going?

Without data engineering, it would be impossible to make sense of the vast amounts of data available to businesses.

This is how far we predict data engineering is going.

We are seeking a highly motivated Specialist, Quality Engineer. You will have the opportunity to impact the next generation of digital products and services directly.

Reporting within the Digital Product Management organization, the successful candidate will be seasoned in implementing and conducting comprehensive automated quality assurance processes for digital products.

For more information about this opportunity and more, check out our jobs board.