Why Blockchain Interoperability Matters in 2022? 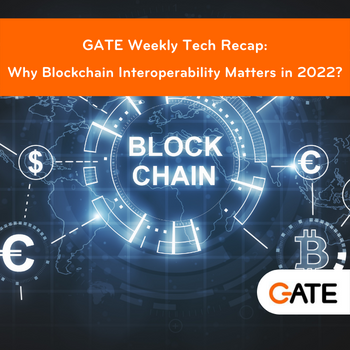 Since the last decade, blockchain has been a trendy topic, from blockchain procedure to blockchain mining. According to recent reports, the global market for blockchain solutions would rise from 4.5 billion USD in 2020 to 19 billion USD by 2024.

In our recap this week, we look at Blockchain, and Secure Smart Contract.

We also unpack Cybersecurity jobs, and 5G effects for Americans.

A huge number of businesses and government officials have at least evaluated the advantages of using a blockchain in a variety of areas, from healthcare, agriculture and more.

What is Blockchain Interoperability?

Simply, blockchain interoperability is the ability to share information across many blockchains without limits.

Read more about this here.

The public’s interest and attention has been caught by fully decentralized cryptocurrencies such as Bitcoin and other altcoins.

Some have dubbed the growth of these digital currencies a “technological revolution.”

The possibility for implementing smart contracts increases along with the development of blockchain technology.

Unlike traditional contracts, these smart contracts are capable of enforcing their own terms of agreement without the intervention of a third-party.

Read more about what you need to create a secure, smart contract – here.

For years, cybersecurity appeared largely immune from the ups and downs of the tech job market.

With cyber threats such as ransomware increasing, and adversaries targeting not only private businesses but also critical sections of U.S. infrastructure and networks, spending on cybersecurity seemed poised for limitless growth.

In a recent forecast, Gartner predicted security spending will reach $187 billion in 2023, an increase of about 11 percent from 2022.

Read more about this here.

SpaceX has said its U.S.-based Starlink customers will see their broadband service badly disrupted if Dish Network is allowed to use the 12GHz band for its 5G cellular network.

The decision is in the hands of the Federal Communications Commission (FCC) as Dish Network and others such as New York-based RS Access lobby the agency to let them use the 12GHz band.

But SpaceX isn’t happy. Here’s why.