the shattering baseball cheating scandal and the 2017 World Series and the 2018 Series, too. 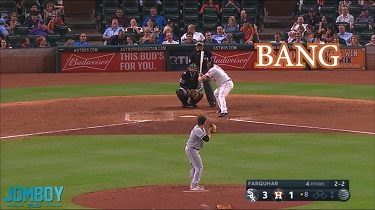 Personally, I was never a huge baseball fan – until the Astros in 2016. Holy cow what a team they were – full of stars, yet not just one big one, genuinely likable players and coaches and a city that needed them badly after hurricane Harvey nearly wiped it out. Their fans and even some who weren’t fans believed in them, these young guys many who came up through their amazing farm system. Player after player showing he had the stuff – to fill in when the first-string guys were hurt and then staying on to fight for a position and the right to play. By 2017 they were seasoned pros and working hard to rack up those ‘W’s! And on Nov, 1, 2017 they did the impossible – they beat the big, bad LA Dodgers to win the World Series. Houston would never be the same again.

And then something terrible happened, an ex-Astro claimed the team had cheated their way to all those wins & that World Series by stealing signs from opposing teams. Stealing signs has been around pretty much since the first baseball was thrown. But this was different, the Astros used technology! By positioning a camera in center field to capture the signs and sending a feed to a set-up of the hallway between the clubhouse and the dugout, team personnel could read and relay the signs. At that point, all the high-tech was replaced by these people and/or players banging on a trash can to alert the player at bat what pitch was coming. This provided hitters with a huge advantage, allowing them to be prepared for the specific pitch. A second method evolved where the feed migrated the relay room and then back to the dugout. So, it looks pretty much like the Astros deserve their new name “Asterisks” because one will always be by their 2017 World Series Win.

MLB came down hard on the Astros. Beloved Manager AJ Hinch and General Manager Jeff Luhnow were both suspended for a year and then fired by the Astros. The Astros lost their first & second-round picks in the 2020 and 2021 drafts and they were fined $5 million. Although AJ Hinch did not agree with or approve of the sign-stealing, as he admitted he did nothing to stop it. But the entire thing was the idea of Alex Cora, the bench coach of the 2017 Astros who became the Red Sox manager for their 2018 World Series run. And he was found to be using the relay room for sign stealing with the Red Sox. MLB has yet to hand down its ruling on the Red Sox and Alex Cora, but you can bet its going to be harsh!

Is MLB sign-stealing the worst thing we’ll see technology used for? No not likely, but it has its significance it shows the technology has certainly made the entire thing easier and we really do want to believe that ‘cheaters never win’, regardless of what we see and know. There are far worse things that can happen when technology is misused, self-driving cars can be driven into a crowd of people, financial agency computers can be programmed to misdirect funds and research findings can be purposely skewed.

As much as there are no doubt players who did their best without assistance there are those who did benefit from the technology that led to cheating. We should support the penalties that MLB dispensed to the Astros and will to the Red Sox, because the only way to prove that ‘cheaters never win’ is to make sure they don’t.

GATE has more than a decade of experience in the technology recruiting field and we can help your organization find the best candidates to fit with your organization. Give us a call at 877-369-GATE, or drop us an email!