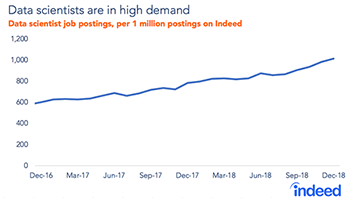 In a 2012 article, the Harvard Business Review dubbed data science candidates. “The Sexiest Job Of The 21st Century.” Over the last decade, the field of data science has only become more attractive as a career option. An article suggests that job postings for data scientists have increased steadily on Indeed.com, which is one of the world’s biggest job boards. However, hiring and retaining skilled data scientists has become increasingly difficult in recent times.

When hiring, managers have a lot riding on their judgments. In the past, firms have selected people who sounded excellent on paper and in interactions but were unable to structure open-ended data challenges or justify analytical decisions.

Increasingly, businesses are realizing the importance of employing skilled data scientists with a thorough understanding of scientific procedures, data analysis, statistics, and other non-technical skills.

This is why it’s good for hiring managers to know the attributes that are measurable, in-demand, or even fixed. This helps them select and retain the best computer data science candidates.

There is a common perception that data scientists are experts in hard skills like statistics, coding, and mathematics, which necessitates the use of a data-driven approach to making decisions. However, data scientists do a lot more than just crunch numbers; they also require a wide range of soft skills in order to be successful.

Data scientists, unlike engineers of the past, are not only concerned with designing devices that can be controlled and replicated. While this factor will always be important, the job they do also takes into account the ever-evolving requirements of users. As a result, a data scientist must possess both “hard and soft skills.” 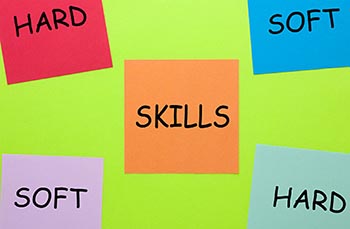 A data scientist, in its most fundamental sense, is someone who possesses the knowledge and abilities that bridge the gap between possessing enormous amounts of data and being aware of how to effectively utilize the data. It’s impossible to grasp the significance of soft skills without also considering the hard capabilities that data scientists aim for. The must-have hard skills for data scientists include the following:

It is imperative that data scientists have a firm grasp of algorithms so that they can accurately apply them to data and draw the appropriate conclusions. Mastering mathematical principles is essential for fitting functions for models and data sets. You don’t want a programmer who can write code but whose output or predictions are inaccurate.

Moreover, linear algebra and calculus are essential skills for machine learning, particularly when it comes to teaching an artificial neural network how to process vast amounts of data.

A thorough grasp of statistics is essential for data scientists, as they use statistical concepts and procedures frequently in their work. Data scientists can better gather, organise, analyse, and present data if they are conversant with statistical analysis, regression, probability, distribution curves, standard deviation, and other statistics-related concepts. As a result, they are better equipped to work with the data and produce valuable outcomes.

It’s common knowledge among data scientists that gathering and preparing data for analysis takes up over 80 percent of their time. Although data engineers handle the bulk of the data preparation, data scientists can gain from knowing how to perform some of the more fundamental data modelling, profiling, and cleansing functions. A data scientist that does not have the ability to clean and organize their own data for analysis is essentially worthless.

It’s also crucial to be able to manipulate and analyze different sorts of data for analytical purposes. Data scientists need knowledge of relational and non-relational databases, as well as big data platforms like Apache Hadoop and Spark, for these endeavors. 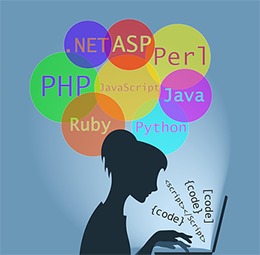 Programming is a skill that most data scientists acquire out of necessity. They’re not coding geniuses, but they’re comfortable with the fundamentals of programming and creating code, and that’s all they need. However, unstructured data sets can be better organized using these programming languages.

Other in-demand technical skills for data scientists include: 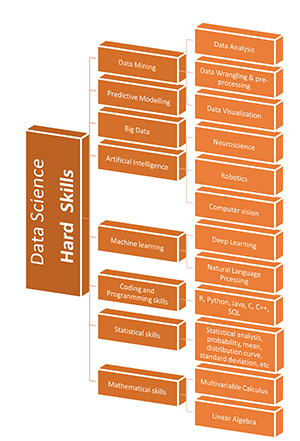 Soft skills are personal traits that cannot be measured solely by glancing at someone’s resume or credentials. The following soft skills, in addition to the previously mentioned hard ones, are essential for a versatile data scientist.

Data scientists are well versed in extracting, analyzing, and interpreting data. However, in order to help executives and employees act on the findings and make informed decisions, data scientists must be able to clearly express their comprehension of the data and the analytics outcomes.

Data visualization is critical for expressing value and providing insights into the data collected. This is because visual and verbal cues help the majority of individuals better comprehend more difficult concepts. Understanding the data, communicating the information simply, and delivering it are the core duties of a data scientist.

Curiosity and drive to learn

In order to succeed as a data scientist, you need to be interested, ask plenty of questions, and have a burning drive to keep learning new things. You cannot rely solely on what you learned at university. The only metric that matters is whether or not you are able to resolve the issue. Curiosity-driven individuals can filter through enormous amounts of material in search of new information and ideas.

As with any other discipline, data science is always evolving. There are always new approaches, tools, and algorithms being launched.  This perpetual evolution that data scientists must always push themselves to acquire fresh knowledge and attain top-of-the-line results. Data scientists cannot afford to become comfortable in their approach to data or confine themselves to the present findings they have drawn from the data, since data is always evolving. 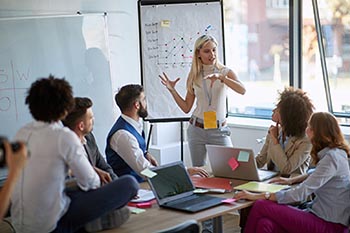 Problem solving is arguably the most essential skill of a data scientist for obvious reasons. They often have to sift through mountains of data to locate the most relevant information. They have to think like problem-solvers to figure out how different things fit together and what information needs to be included or left out.

It is also necessary to have the ability to think critically. When it comes to big data, valuable discoveries aren’t always obvious, but a skilled data scientist has the intuition to recognize when to go deeper. Data scientists must be able to evaluate data sets and analytics findings to determine their authenticity and significance. With a critical eye, data scientists are able to arrive at more objective judgments.

An essential skill for data scientists is the ability to code. Nevertheless, it is also critical to have a firm grasp of business principles, which are all too often disregarded. This enables data scientists to prioritize the most pressing analytics issues, develop new ideas for how the organization utilize its data, and raise insightful questions about data analysis. 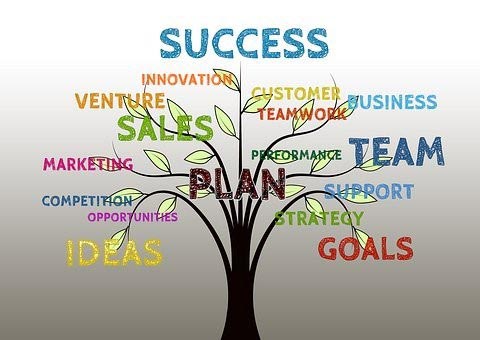 Moreover, data scientists are increasingly being integrated into a company’s many departments and working in close collaboration with other members of those teams in an effort to facilitate data-driven decisions across the entire organization. So, instead of being intellectual partners, data scientists will continue to be passive implementers of tasks if they lack adequate business understanding.

To be considered a “good” data scientist, one must possess a strong moral compass regarding the data and the conclusions drawn from them. A strong ethical compass is a no-brainer when it comes to working with sensitive information or pursuing a specific research issue.

Is your company concerned about finding the finest data scientist? Contact Gate today to secure a top-notch data scientist with the most relevant expertise. We invest the time and effort in a continuous process that picks the top applicants who will succeed in meeting your actual business challenges and opportunities. 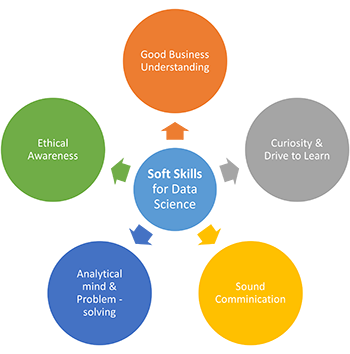 About the Author: mike innamorato